Coastal erosion is quite common at the coastline of Westchester and Connecticut, and it causes a lot of damage. Water makes its way right within the concrete and washes away the solid under the very foundation of the structures there. This can result in major foundation issues.
This is why it is recommended to invest in effective seawall construction and repair as soon as you spot any signs of damage or any potential threat. At Salt of the Earth Inc, you can avail professional seawall repair service in Westchester and Connecticut for any small or big repair.
Aforementioned coasts are sandy and erosion is very common here. The continuous waterflow washes away the sandy soils and the coasts become smaller and smaller every single day. The structures near coasts are always at a risk of damages such as weakening of the foundation and deterioration of the buildings. To prevent all such adverse situations, the best thing to do is hire a professional contractor like Salt of the Earth Inc. to take care of your seawalls. 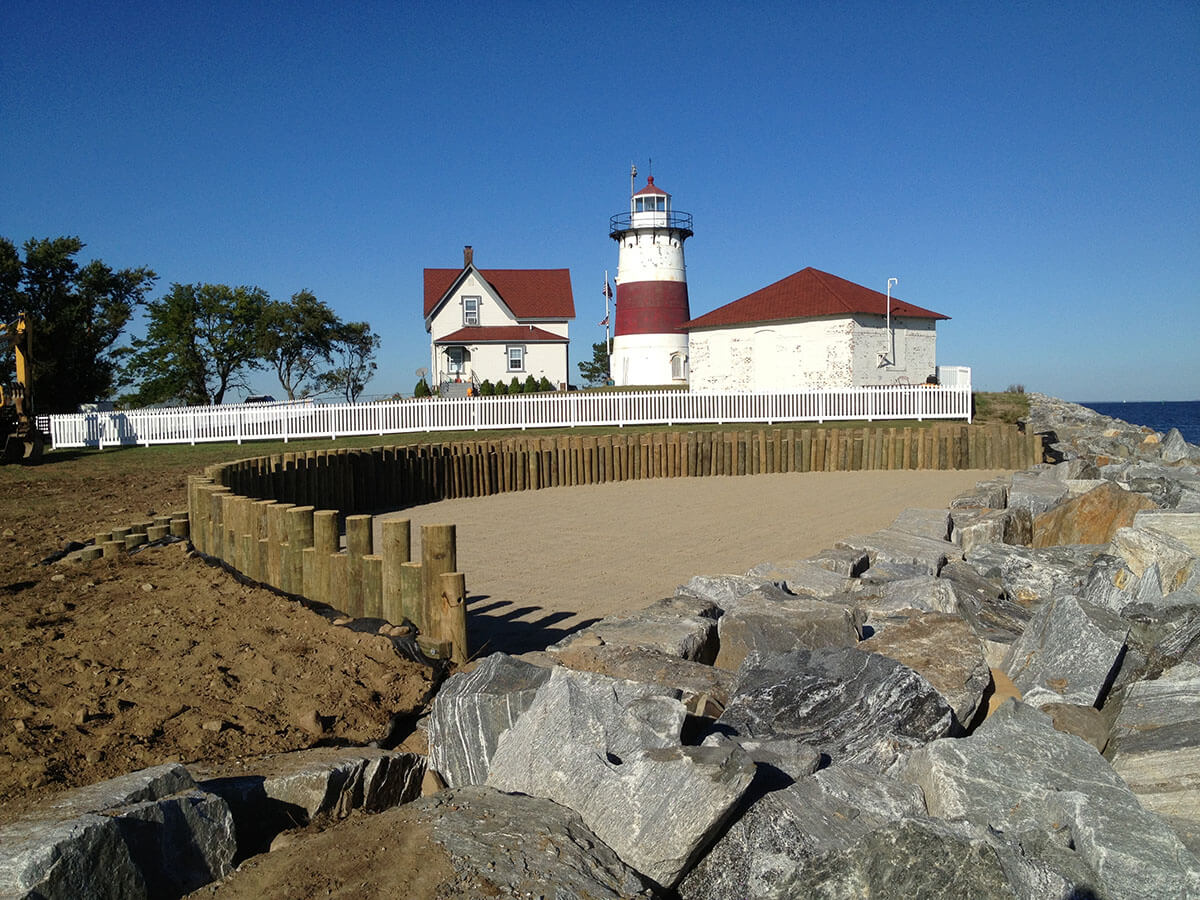 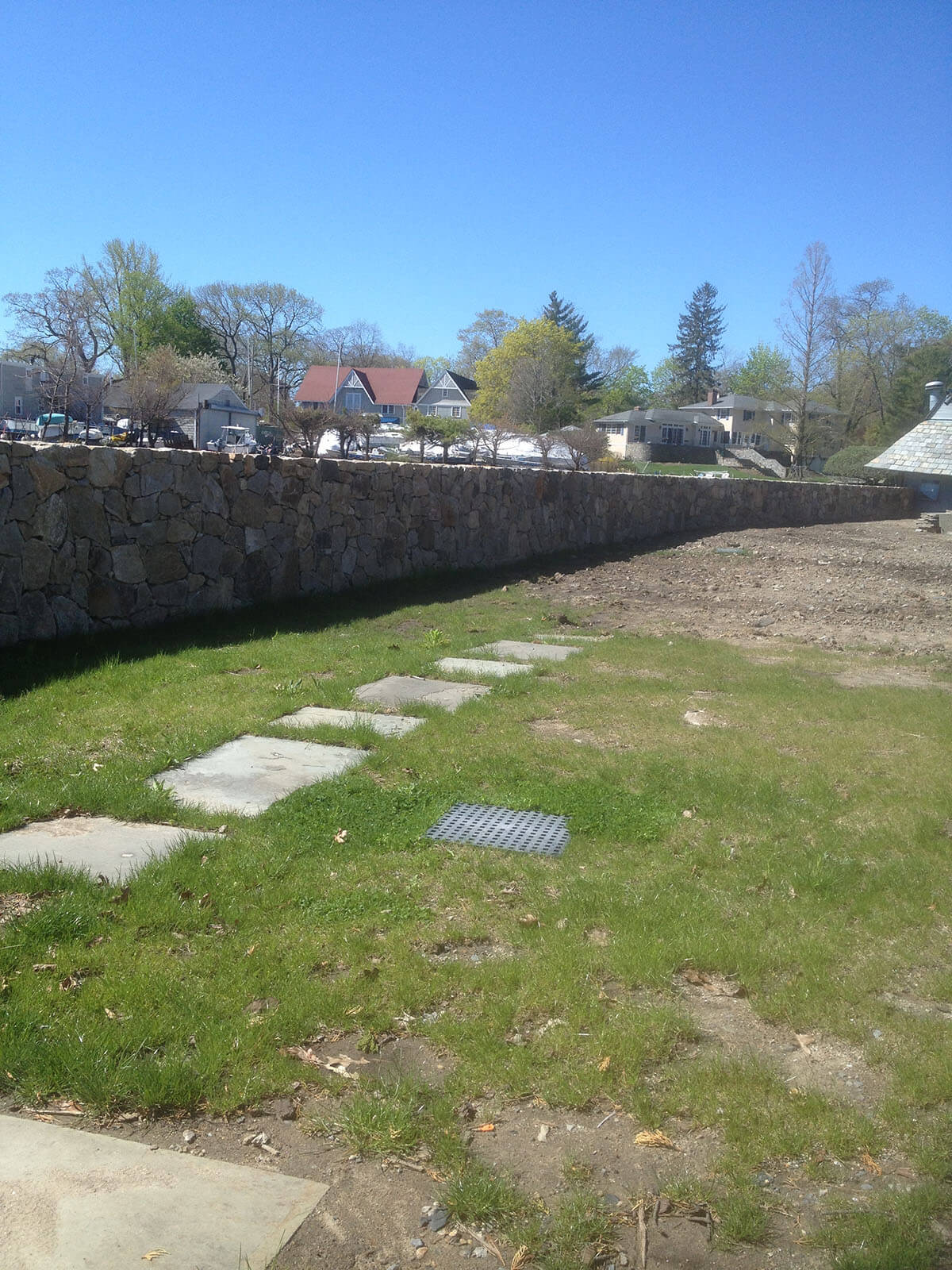 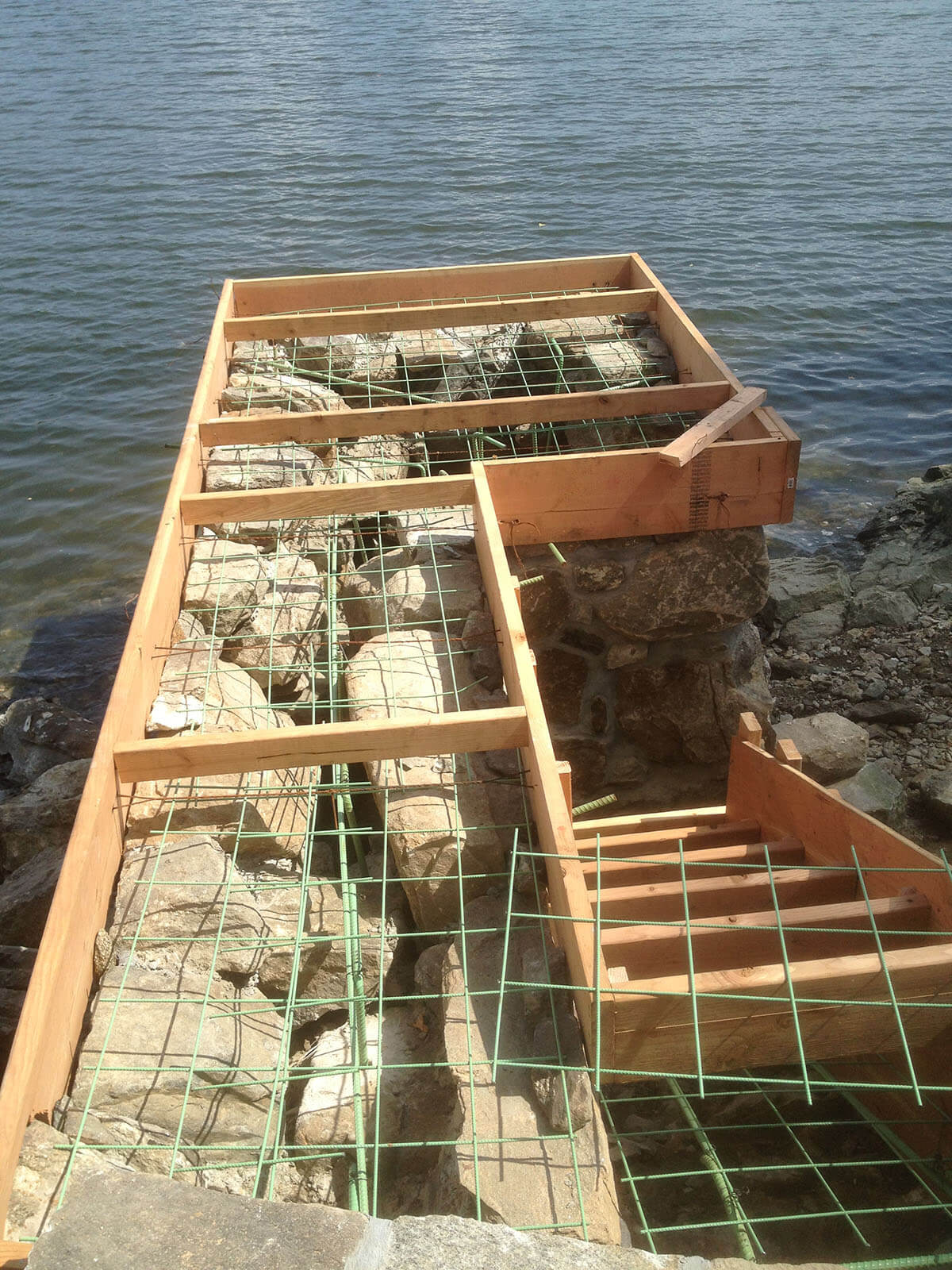 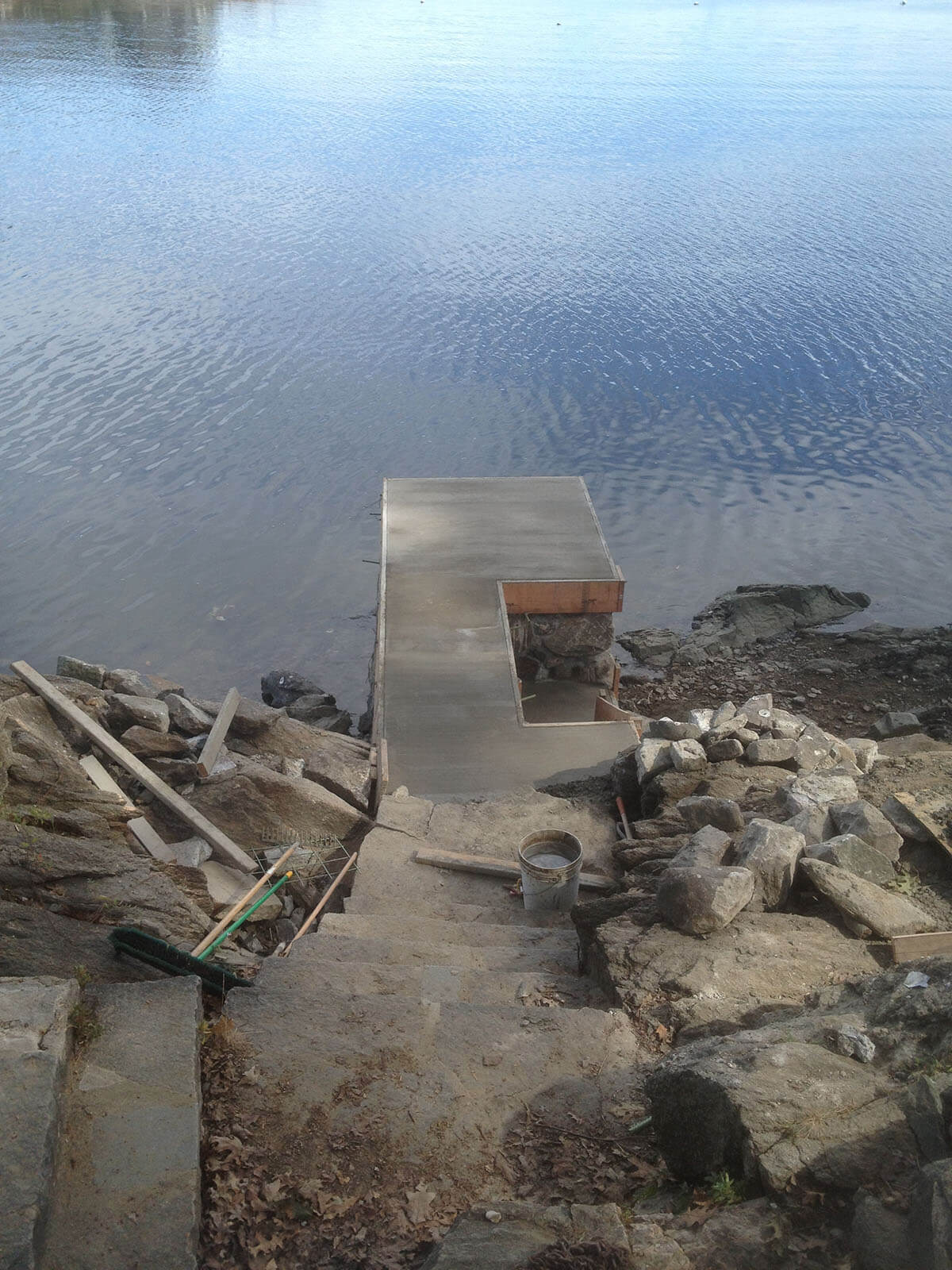 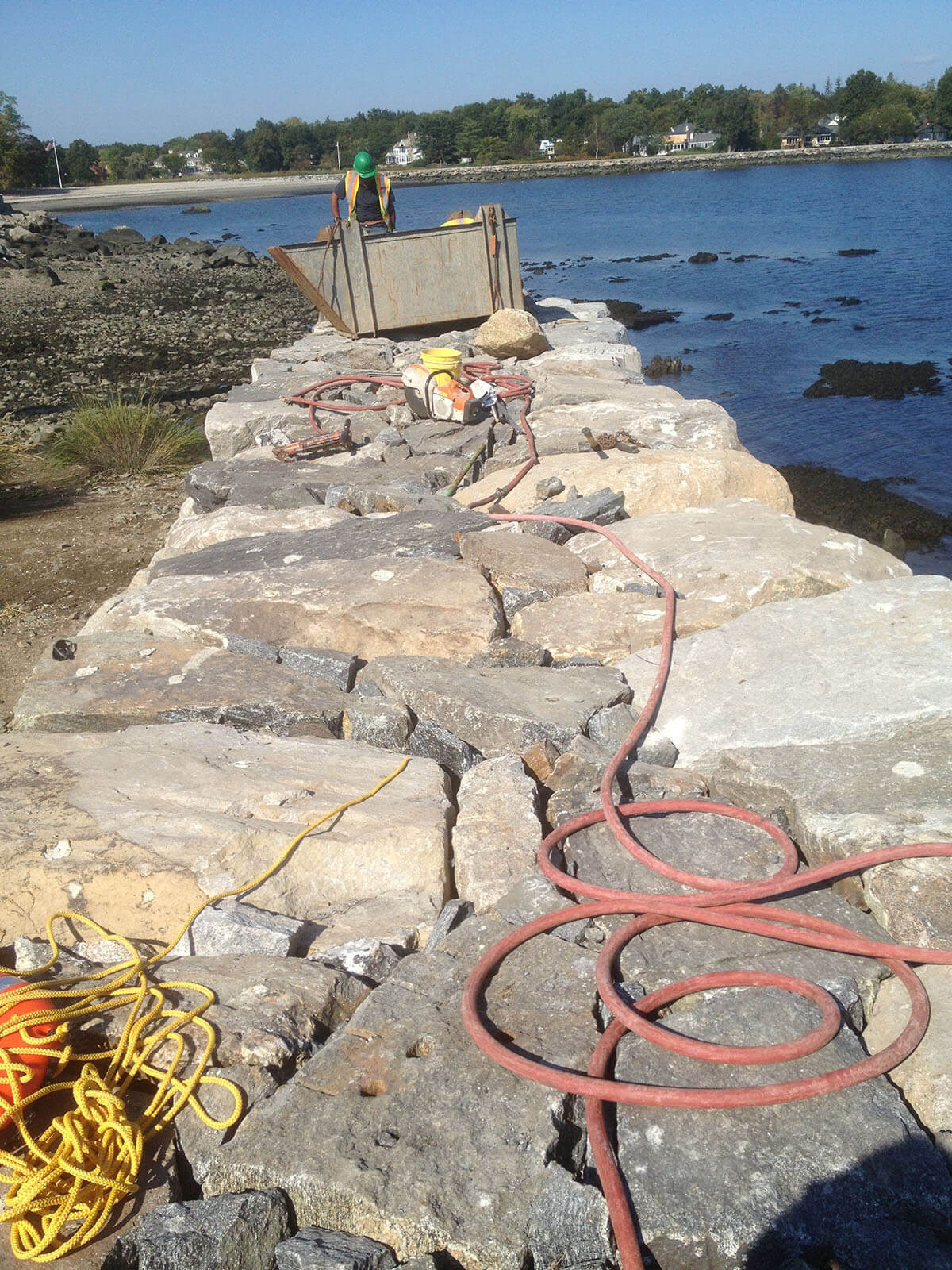 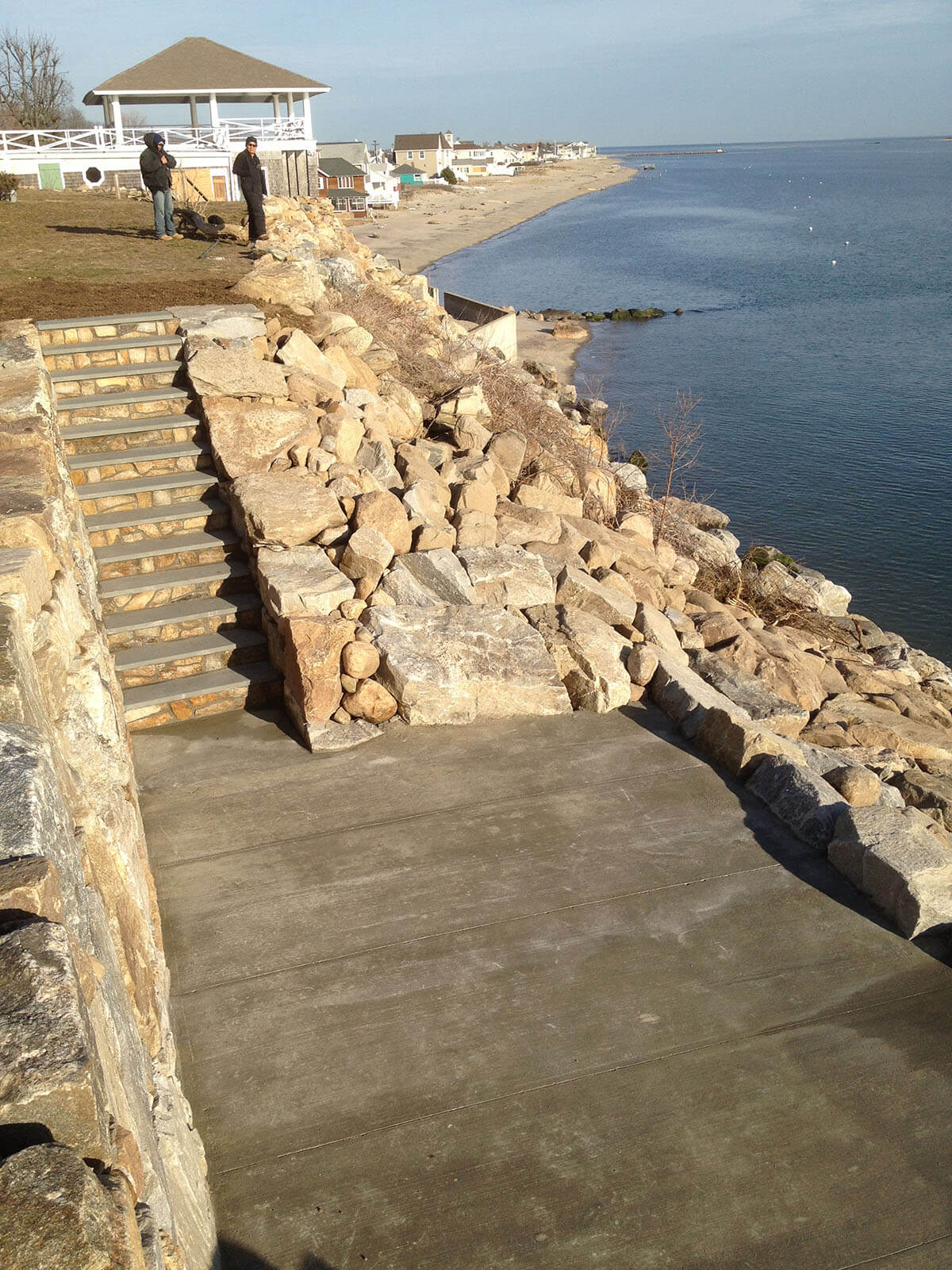 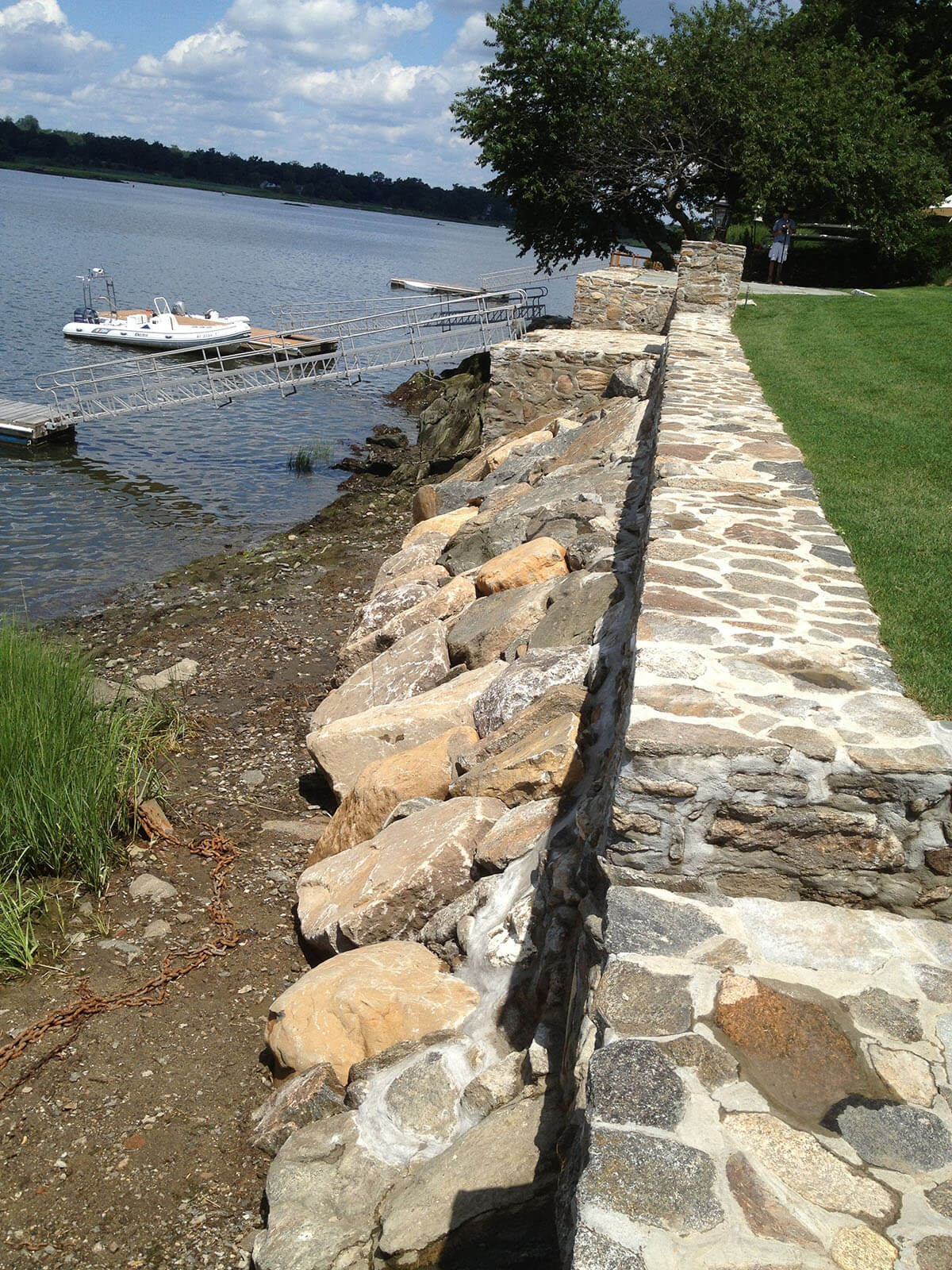 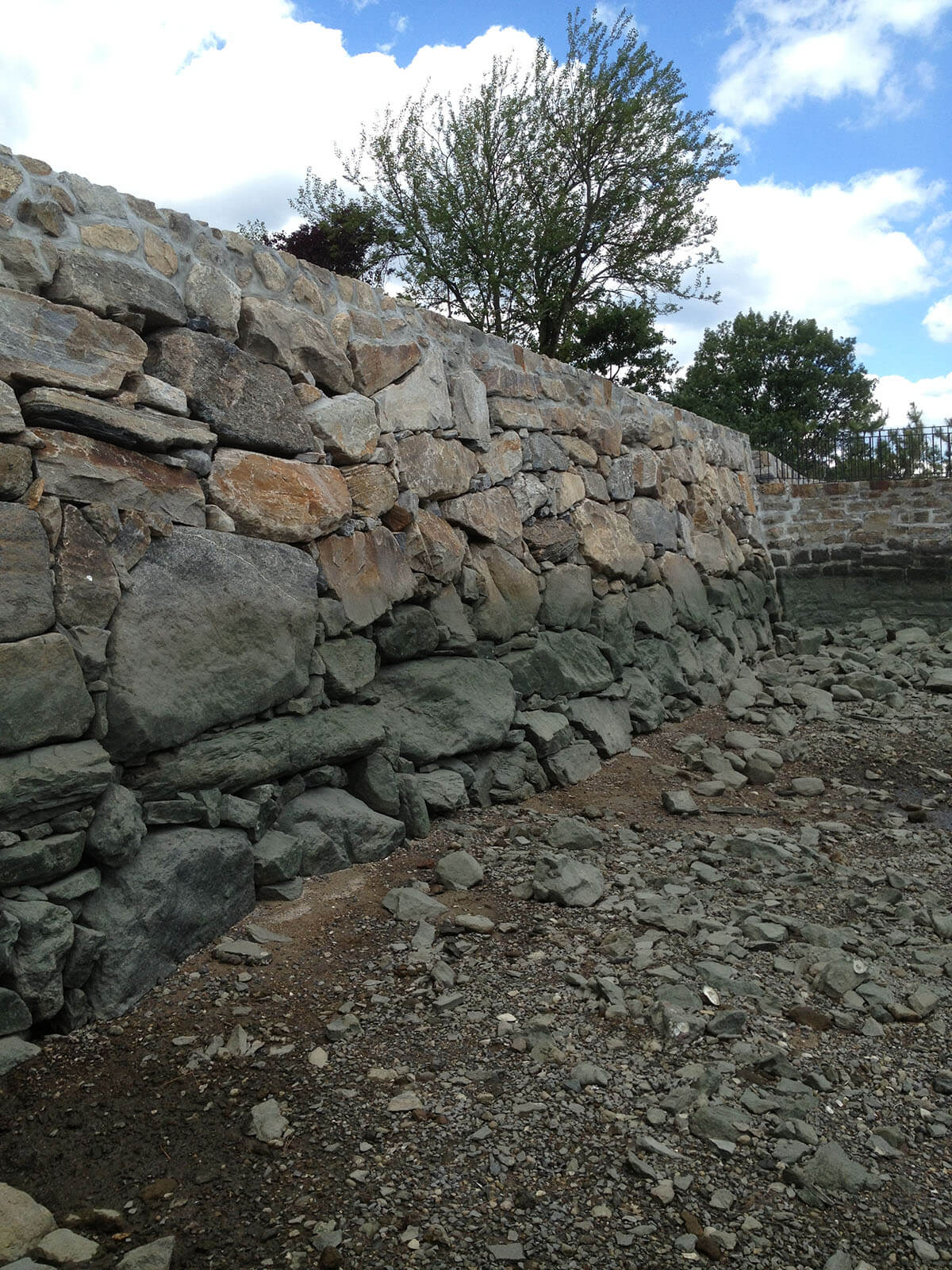 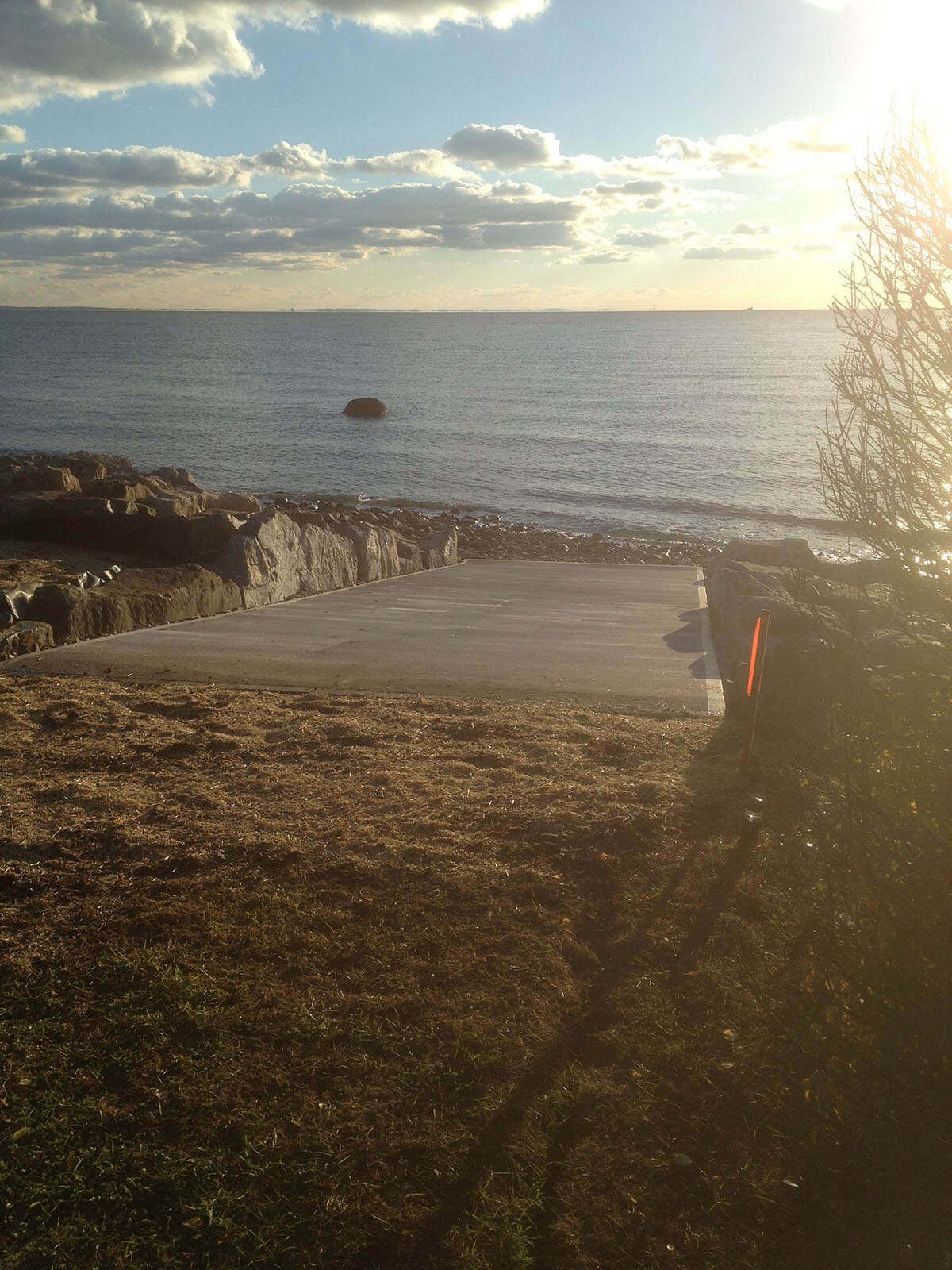 The solution to prevent erosion is building a seawall but at times, even the seawalls need repairing. As much as the installation of seawalls is important in coastal regions, their regular maintenance is also important. Seawalls are extremely effective in preventing any kind of potential threat to the structures but older seawalls begin to deteriorate after a period of time.

Whether it is the impact of weather, soil conditions or if it is the poor construction of a seawall, the seawalls start to give in. Have a look at some of the early signs of damage:

If you witness any of these signs on the seawall, know that it is time for you to get connected with the best seawall repair contractors at Salt of the Earth. We provide repair services for all kinds of seawall damage. Remember, ignoring these signs can result in irreversible and humongous damage that you wouldn’t be able to afford.

What Services We offer?

Every day, at Salt of the Earth Inc, we receive questions about building seawalls along Westchester, NY, and Connecticut’s oceanside, Gulfside, and lakeside shorelines.

We’ve compiled our most frequently asked questions (and answers!) to serve as your guide when considering waterfront protection.

Find out whether you should replace or repair your seawall, how to choose seawall materials, and the many ways that climate, conditions, and regulations influence construction decisions.

How can you tell whether your seawall is eroding?

Most old sea walls were constructed over 50 years ago with heavy concrete slabs supported by rebar and anchors. These walls were designed around a 30-year life expectancy, and most are now in need of repair.

It’s easy to see the tell-tale signs of wall deterioration. Just behind the wall, look for sinkholes that slowly weaken your seawall. Rust-colored cracks in the cap and sheeting below indicate salt water corrosion in the rebar.

When rebar corrodes, it expands, causing further cracking in the seawall and allowing backfill to escape through — and sometimes under — the wall. When stressed with a storm event, these cracks can cause the seawall to fail in a catastrophic way.

The wall may kick out at the bottom or lean over at the top, usually caused by a hydrostatic head of water caught behind the wall. The longer you wait, the more catastrophic the failure event.

Is seawall repair an affordable option?

The longevity, relatively low cost of materials, ease of installation, and the small footprint of a vinyl or composite sheet pile allows it to be installed just out front of the old seawall, eliminating an expensive removal of the old wall.

This also shortens the construction phase of the project, reducing costs and most of all, the disruption in your backyard. The light weight of materials allows us to get more on a truck, thus lowering freight costs to your home. And with a 50-year, transferable material warranty, this is a tremendous value for your dollar.

What is the usual cause of damage to seawalls?

Older walls, weakened day after day by the elements, can suddenly experience an unusual heavy rain or storm that deposits a load of water (and hydrostatic pressure) behind the wall that causes it to fail, or move, at the least.

This is a slow process that grows progressively worse until failure. A wall failure could be no more than a sink hole in the backyard; however, it won’t get any better… only worse. Trying to patch the old wall is only a bandage covering a much larger problem.

What happens if Seawalls are not Repaired?

Like just about all problems in life, damage to seawalls which is not repaired and properly corrected only gets worse. No matter what causes seawall damage, left unrepaired, the damage will only get worse until the seawall is totally collapsed and presents a real danger to the property owner and others.

Erosion from water movement from either the waterway side or land side can cause a seawall to buckle and collapse. High water created voids can collapse and leave a dangerous, ugly hole behind a seawall. Backfilling these erosion-created voids has limited benefit, and the fill material usually doesn’t last long.